I attended a community-based athletic event a while back and I’m still puzzled by some of the things the organizer failed to do.

On this day at the beginning of the school year, boys and girls showed up to participate, hoping for a chance to perform well enough to qualify for the next level of competition.

Temperatures that day peaked at 90 degrees with 83 percent humidity at noon. By the afternoon when the event was scheduled, the temp had fallen slightly, but the humidity had increased. The sky was azure with no clouds in sight.

Cars pulled into the parking lot and excited children raced toward the open field where the competition would take place. Many of the children were still wearing school clothes. Parents hurried after them, some of them still in business attire.

A registration table was positioned strategically to funnel the children and parents to workers who instructed each person to complete a form and show birth certificates. Volunteers and event staff waited patiently on the field. Athletic equipment was in place. Lines had been chalked. When the paperwork was complete, the children were encouraged to run and stretch prior to the start of the competition which was scheduled to kick off minutes later.

Children were then placed in lines or groups based on their ages. And they waited.

You might imagine what happened next as they stood in the sun, sweat pouring off their faces. If they left their groups, they might miss the chance to compete, so they stood and called for parents.

When people started complaining the planner suggested that maybe the parents should have brought water for their kids. It went downhill from there as parents took to Facebook and Twitter to complain. And you guessed it. They didn’t just complain about the lack of a convenient source of water.

They complained that there was nowhere to take shade while they waited.

They didn’t know they needed a birth certificate to participate.

The restrooms were too far away. The concession stand was closed. Leaving was not an option if you wanted to compete in the hour and a half long event since large groups of organized practice teams were also now showing up to register before time ran out.

But it was the water, or the lack of water that made everyone so angry.

One could argue that the kids could wait until afterward to get water because the event took less than two hours from beginning to end. What’s two hours without water? 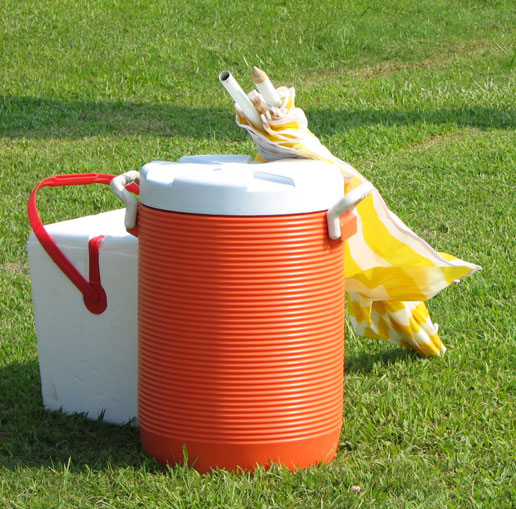 How difficult would it have been for the organizer to send someone to fill the empty orange field coolers from the back of the organizers truck and bring cups from the field house?

Wouldn’t it have been better if they thought of water in the first place since sports and hydration go so well together?

Instead, rather than having a positive experience, parents used social media to point out a basic item the organizer forgot.

When people say ‘don’t sweat the small stuff,’ they aren’t talking about water. And don’t forget…social media can be your best friend or your worst enemy.